The Gift of Giving: by Ivette Cebrero 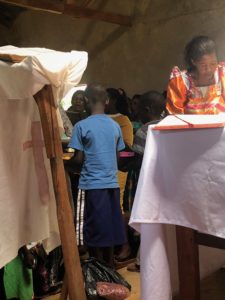 It was early Sunday morning and our OHU team was on the way to the second mass of the day, out in one of the outskirts. We arrived at this small church in the middle of the mountain, and truly did not know what to expect. But WOWWW what an amazing experience it was to walk into the church FILLED with people singing and rejoicing and just so excited that we were joining them. It was time for the offertory and two young boys stood at the front of the alter holding baskets while the people filed in line to contribute. It was such an incredible moment to see so many people, including children, line up and give what they could whether it was money, food, or objects. It made me realize that even those people who don’t have much still give. It was such a feel-good moment just seeing this happen right in front of me.

Just when I thought the offertory was over, one of the young boys holding the basket reached into his pocket and grabbed whatever coins he had left and put it into the basket. I cannot express in words this phenomenal and breathtaking moment I witnessed. This young boy, who was wearing ripped clothing gave all he had in his pocket, not because he had to but because he WANTED to. I had never seen such a genuine moment like this ever before. It brought me to tears to see this boy, younger than 10 years old, pull out the few coins he had and give them to the church.

I remember thinking just how touched and inspired I felt by this young boy and his act of giving.

If there were a lesson to take from this moment it would be that it does not matter how much or how little one may have, there is always an opportunity to give. Giving does not necessarily mean to give financially. It is so much more than that. Giving can mean to give food, objects, ideas, thoughts, actions, time, and the list goes on and on. The gift of giving is truly something powerful. 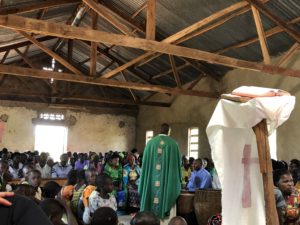