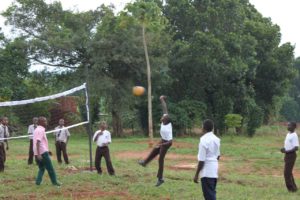 Three sports are most common in Central Uganda: soccer, netball and volleyball.  Soccer is predominantly played by boys and netball by girls; volleyball is enjoyed by both. As part of the One HeART Project, our Chicago team bought all three kinds of balls, pumps and nets to bring to the schools we visited.

Where soccer can be played with simple goals, netball and volleyball really require courts. So we went to work buying iron pipes and hiring iron workers in the village to construct goals and posts. 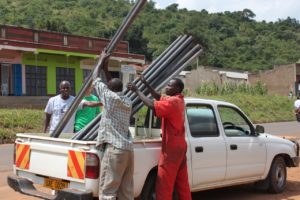 Additionally, we learned and saw that some schools, who desperately needing playing space, chose to use their government-issued mosquito nets to create a volleyball court. Clearly there was a need here that we could fill.

Simply throwing out a new ball to a group of kids unleashed instant fun and joy – but providing new courts was even more fulfilling.

“Sports brings people together. The kids were delighted with the new equipment and the teachers loved it, too. There was an overall joy,” Will Arndt said. “It’s not their most pressing need, but it helps to get their minds off the hard things in their lives and have fun.  Even the teachers were excited and loved the escape, joining in the games.” 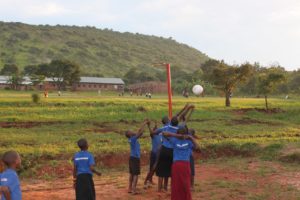 When we arrived at St. Venansio Primary School and St. Andrew Secondary School there was only one soccer field between the two structures.  When we left two netball courts and a volleyball court were installed and all four fields were humming with action.  In two short weeks, we witnessed the birth of a new sports complex and that was just one of the 18 schools served. 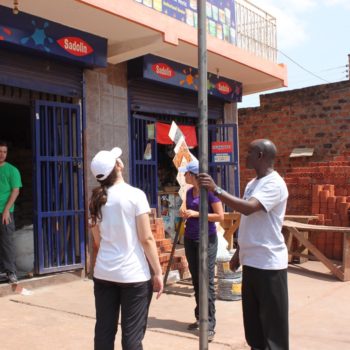 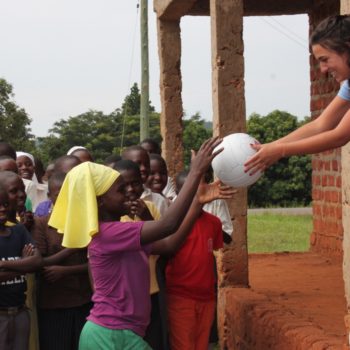 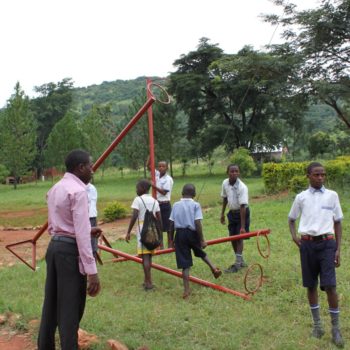 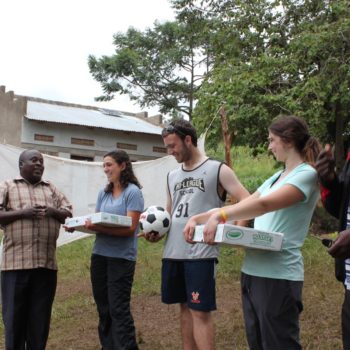 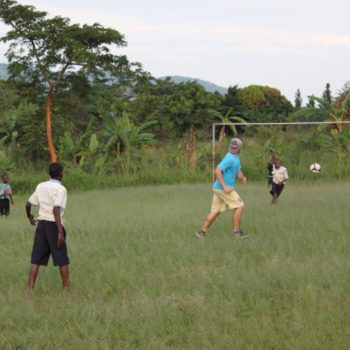 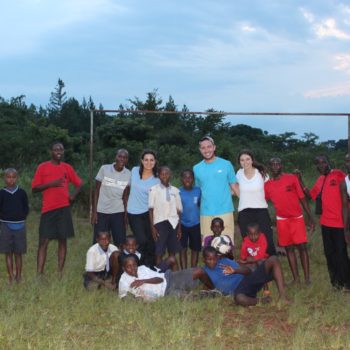 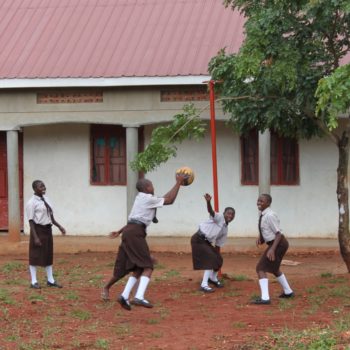 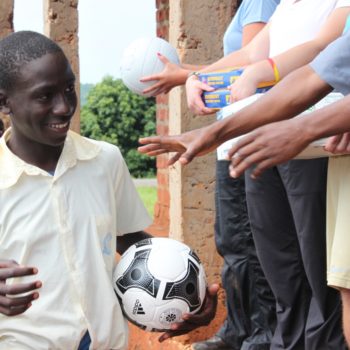