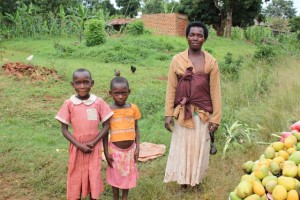 Each day we began in Lwamata had a plan.  We had a schedule of events to be somewhere, meet someone, do something, all in a carefully planned effort to see the children in the scholarship program within the span of 11 days.  The students were spread across a wide swath of Central Uganda.  It was ambitious for sure – but we were committed.

On day two of our journey, we learned an important lesson: no plan is so great that it cannot change.  We were operating on “African Central Time” – as Will named it. 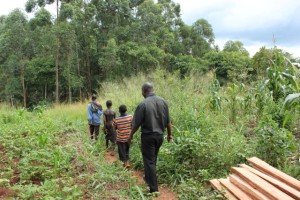 After visiting two schools and taking a detour to say “hello” to the village congresswoman, we came across a young man who was in charge of felling the lumber for the new school roof.  Father Matthias explained he had not yet had a chance to inspect the lumber, so off we went into the bush to have a look.

We arrived upon a carefully stacked pile of lumber and were soon led down a hill and into the forest.   We came across one man with a single chainsaw and several young men resting between taking turns carrying the lumber that he cut.  My first thought was, 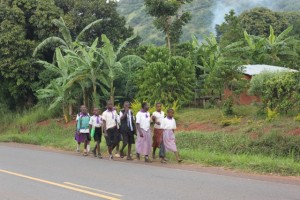 “These young boys should be in school.” And it’s true they were all of school age, but the allure of a day’s wages keep many of them from the classroom.

As you look at our sponsor now webpage, you’ll see several young men who are at the crossroads of education and employment.  There’s so much pressure for them to begin providing for their families, and yet, a few more years of education will make all the difference in what their futures will look like.

Click on the thumbnails below to view larger images 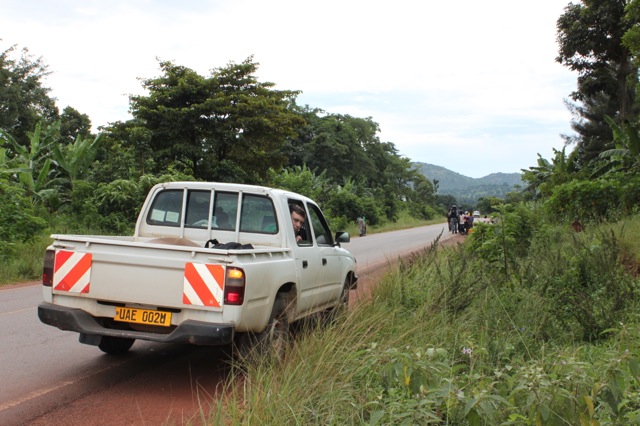 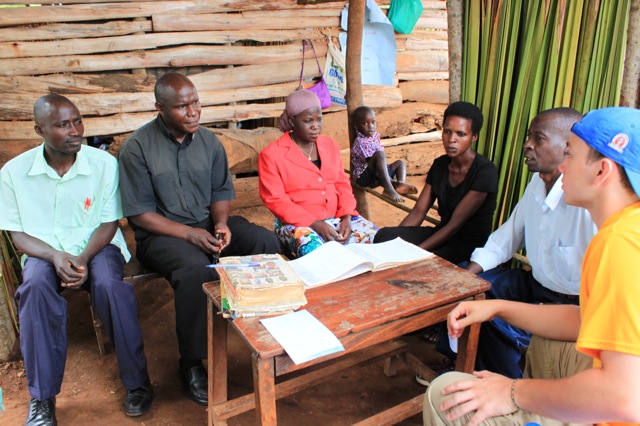 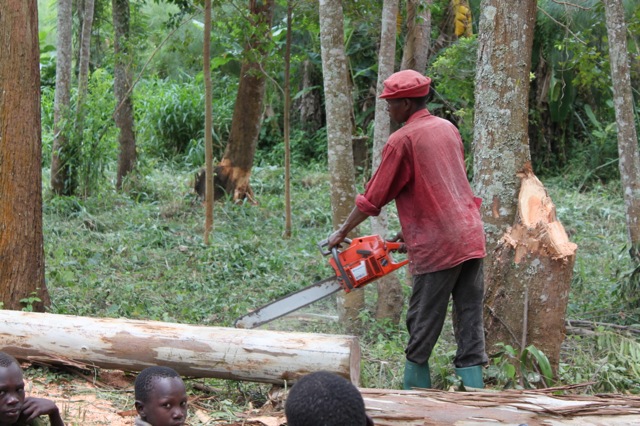 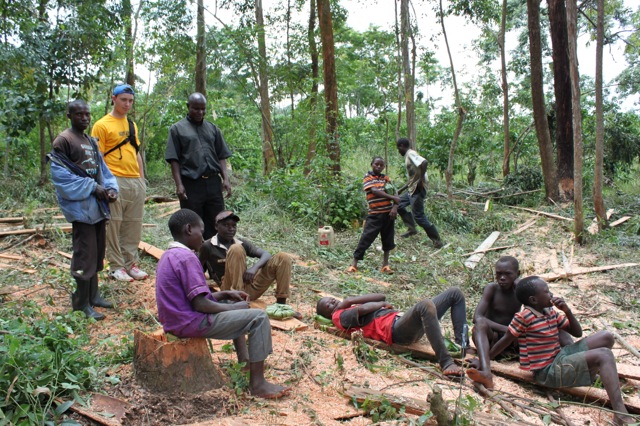 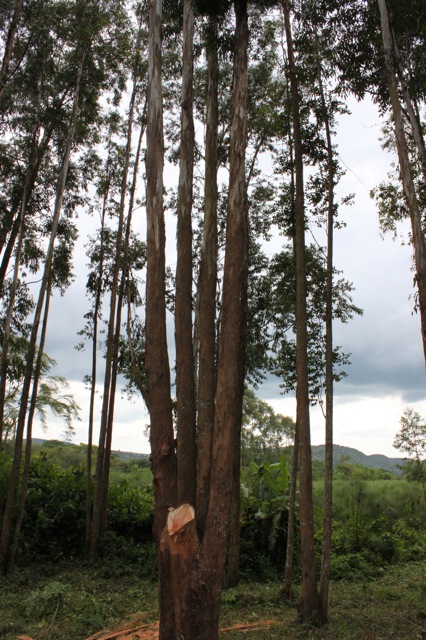 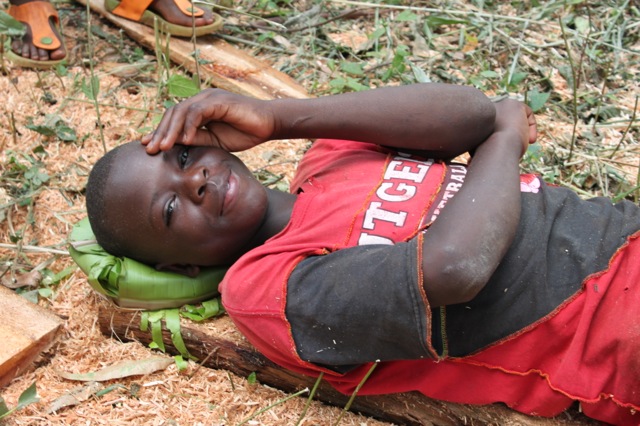 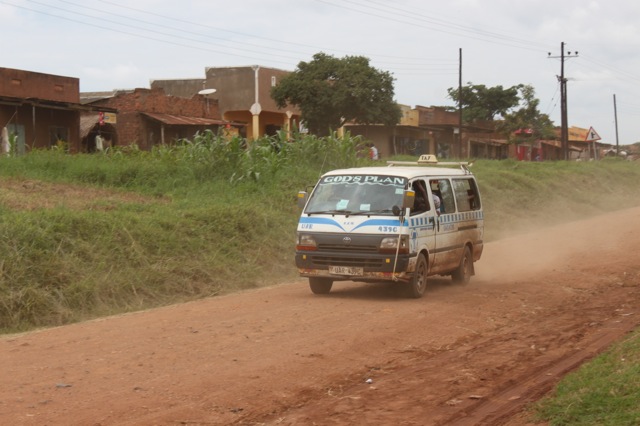 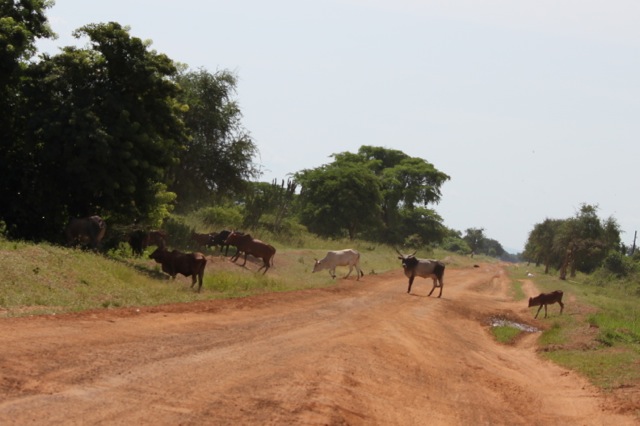